Dr. Chonwerawong aspires to break the cycle of generalizing the Asian-Pacific Islander community 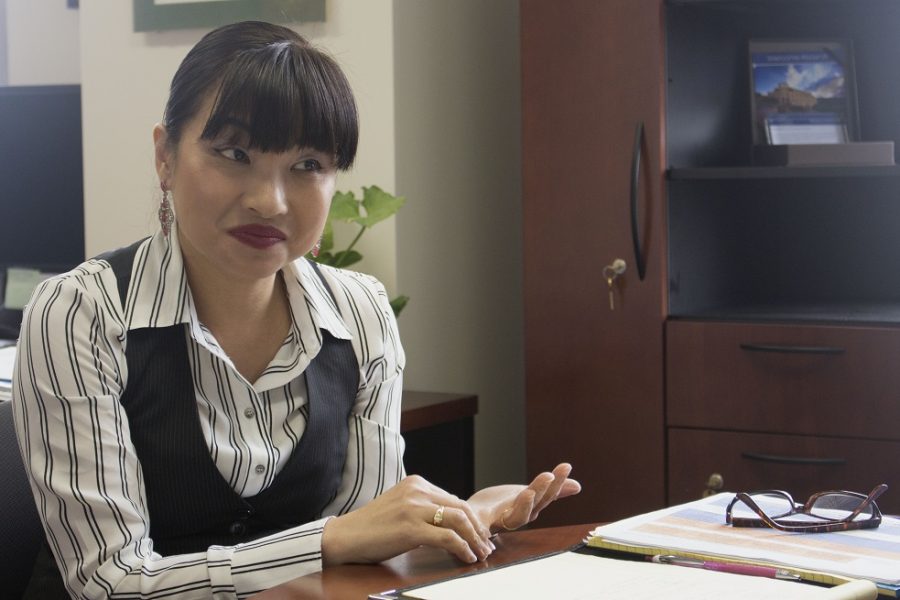 Born in Bangkok, Thailand to Chinese immigrants, Dr. Ruttanatip (Dang) Chonwerawong came to the States as an immigrant, reliving the life her parents once led. But the U.S. stripped her of her identity, greeting her with discrimination and false assumptions.

Chonwerawong’s parents are also children of immigrants; both her mother and father’s parents immigrated from China to Thailand. Her grandfather brought her father and the rest of his family to Thailand during the Communist Revolution in the 30s and worked hard, battling poverty.

Her father had a fourth grade education, while her mother had a high school education. While assimilating into Thai culture, Chonwerawong’s father faced many obstacles as he had to change his Chinese name to a Thai name in order to be a Thai citizen and worked various jobs before becoming a successful business owner.

Once in a position to do so, Chonwerawong’s parents gave their children the opportunity to excel in education. She earned a Bachelor of Education degree in teaching English as a second language from Chiangmai University in Northern Thailand and another bachelor’s degree in broadcast technology management from University of Wisconsin–Platteville (UWP) when she moved to the U.S.

Upon finishing her bachelor’s, Chonwerawong planned to return home to Thailand, but due to the economic collapse in Asia, her parents advised her to stay. So she continued her education at UWP, receiving her master’s degree in rhetorical studies, later teaching adult education.

She was then granted a working visa upon finishing her master’s and worked at UWP, but decided she was not done with her educational career; she applied to the Ph.D. program at the University of Wisconsin–Madison to study education leadership and policy analysis. She got in, but soon grew overwhelmed with her busy schedule and temporarily left the program. However, she earned enough credits, so she got another MA in educational administration.

“I realized I missed being in an academic environment, so I went back and finished the Ph.D program. It took a total of 10 years, two kids and a husband to complete,” she said.

With all the education that Chonwerawong has acquired, she said it was difficult knowing how to navigate who she was as a person, given her unique upbringing.

“In Thailand, my family were Chinese immigrants, so although I was born and raised there, everywhere I went people always asked, “Are you Chinese? You must be Chinese,” she said.

“We didn’t do the traditional Thai stuff … in Thailand I was Chinese and then I came here [to the States] and people say that because I’m from Thailand, I’m Thai. So when I came here, I became Asian and Thai,” said Chonwerawong.

With the idea of being categorized, Chonwerawong said, “It’s complex. You can’t just look at someone and make assumptions.”

She said that some people assumed that her husband, who is Caucasian, picked her up in Thailand and brought her to the States for a better life. But she finds it funny considering she came from a well­-off family.

“I’m here because of privilege. It was my parents who paid for the best education in Thailand … if it wasn’t because of my privilege, I wouldn’t be here,” she said. “So to look at all Asians and generalize and say, ‘Oh we all must have been refugees, immigrants and struggled [is wrong] …our stories are all different.”

As for people who make generalizations about the Asian community, Chonwerawong advises people to be openminded.

“I am not a refugee of war, where I have no home. I have a home to go back to. I have family, community versus Laos, Cambodia … We may look the same, but they have lost everything. They did not come to this country by choice; they were airlifted to this country because of the war. So if you look at those people and you compare them to me … why am I successful? How did I get all of these degrees and get a Ph.D? Because I have privilege,” she said.

“So if you look at people who may look like me, but you talk to them and hear their story, then you will realize we don’t have the same educational opportunity and we don’t have the same level of access to opportunity. So when people make blanket policy and say, ‘Well Asians shouldn’t be included, they shouldn’t get scholarships or they shouldn’t be counted as an underrepresented minority,’ it’s making an assumption that we are all the same and we are not.”