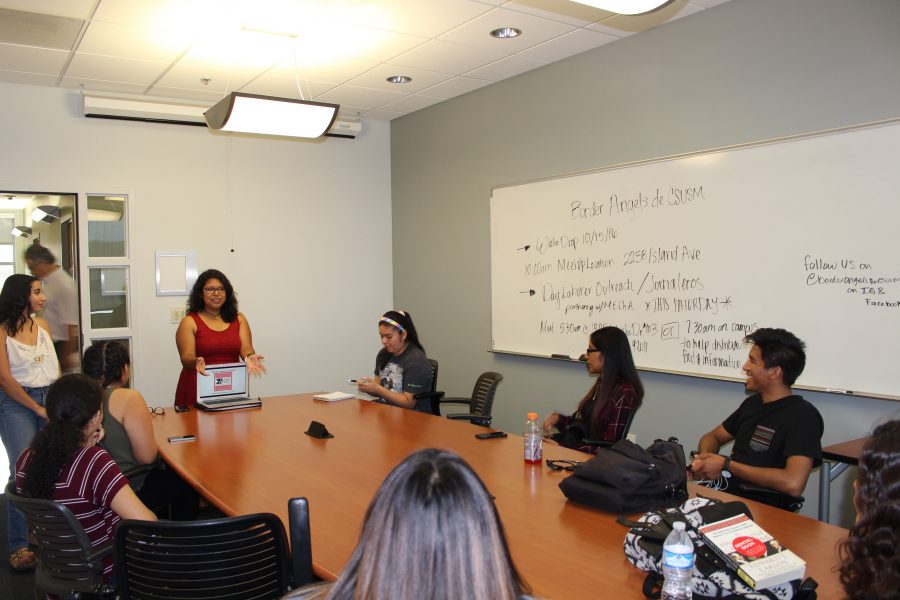 The organization has been part of CSUSM since Spring 2015 when President of the organization, Christina Flores-Lopez had a conversation with founder of Border Angels, Enrique Morones, at the grand opening of the [email protected] Center last year.

“He kind of sprung the idea at me like ‘Hey we should have [Border Angels] here on this campus,’” said Flores-Lopez.

Since then, Flores-Lopez has started the organization and held events with Border Angels such as “water drops” where volunteers take gallons of water and leave them near the U.S.-Mexican Border.

Another water drop event will be held Saturday, Oct. 15 at 10 a.m. at San Diego (as they do every third Saturday of the month).

“More people are crossing and we have the ability to help them. It may not seem as much to leave a couple gallons in the desert but we do know that those gallons of water can help someone who’s dying of dehydration, that one gallon of water might’ve saved a life,” said Flores-Lopez.

They have meetings every other Tuesday during U-hour at Markstein Hall 344.

“In this meeting we had a big turnout. People are getting more aware of the fact that we’re here on campus and that they’re willing to go out and help,” said Flores-Lopez.