How a study abroad program opened my eyes 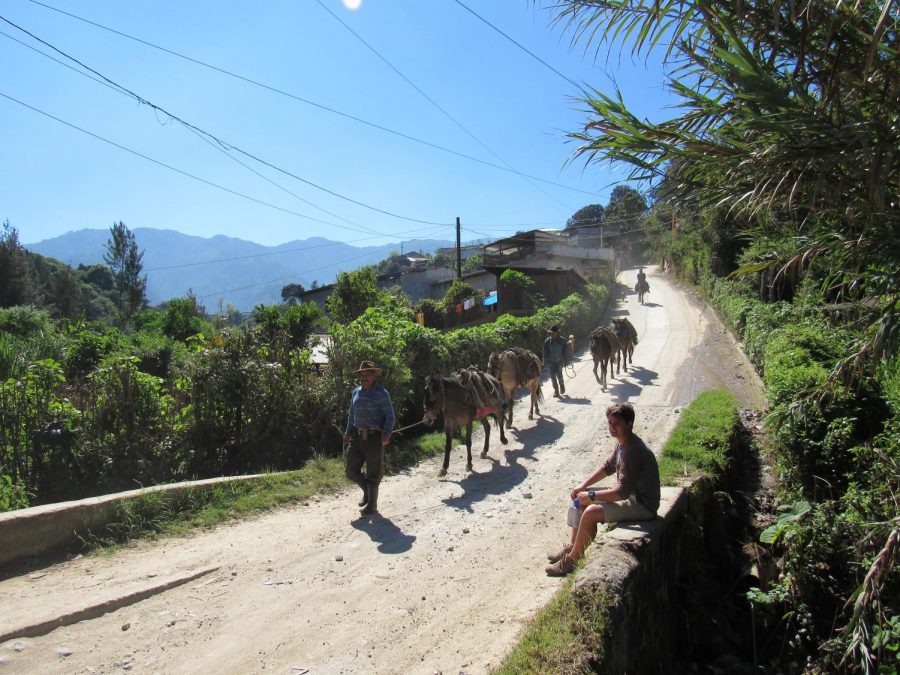 During the recent winter break, I travelled to the mountains of Guatemala to spend two weeks with a group of indigenous Mayans called the Ixhil as part of a CSUSM study abroad program. The trip humbled me and opened my eyes in a way that nothing has before, and at the same time gave me the units I needed to complete my foreign language requirement and political science minor before graduation.

I travelled with a group made up of ten CSUSM students and two professors, Dr. Michael Hughes of the Modern Languages Department and Dr. Julie Gomez de Garcia of the Liberal Studies Department. As we walked in the footsteps of the Ixhil Mayans, we all learned some valuable and powerful lessons. For me personally, these lessons included the importance of family, how happiness is achieved and appreciation for the luxuries we often take for granted in the United States. However, in order to really understand these lessons, the history of the Ixhil must also be understood.

Since the arrival of the Spaniards in Central America, the Ixhil have constantly been the victims of discrimination, abuse, theft and murder. For many years, their land has been stolen by wealthy landowners supported by western powers. From 1981 to 1996 the Guatemalan government attempted to genocide the Ixhil while it engaged in a civil war against revolutionary guerrillas. The government targeted the Ixhil because they believed they were harboring guerrilla fighters, when in reality most were innocent farmers. Unfortunately, the United States supplied the Guatemalan government with the munitions to fight this civil war because the guerrillas, and consequently the Ixhil, were labelled as communists. To this day, the Ixhil struggle to recover the bodies of their loved ones from the mountains so they can bring them home and fulfill their funeral traditions.

With the knowledge of their suffering and heartache, I couldn’t help but to be inspired by the cheerful, caring, and welcoming personalities of the Ixhil. As our group traveled to each Ixhil home, which often have dirt floors and corrugated metal roofing, we were touched by the loving nature of these peaceful people. Despite their history and circumstances, the Ixhil found true happiness in each other. It seemed as though nothing mattered more than their family members and community. The Ixhil were content to simply be together with their families in a safe and secure place and to no longer be under attack.

As our group struggled with “first world problems” like slow WiFi and toilets that couldn’t flush toilet paper, I gradually came to appreciate the many things we take for granted in the United States. These are simple things like having clean water to drink and having a wide selection of diet options. My time with the Ixhil taught me that we are all truly blessed to live in the United States.

I give my highest recommendation for Dr. Hughes and Dr. Garcia de Gomez’s study abroad program in Guatemala. Travel abroad is an excellent opportunity for students who struggle with learning Spanish in a classroom setting. It’s also a great way to see a beautiful corner of the world. However, prospective students should consider this program with the understanding that it will challenge their perspectives and take them far out of their comfort zone.