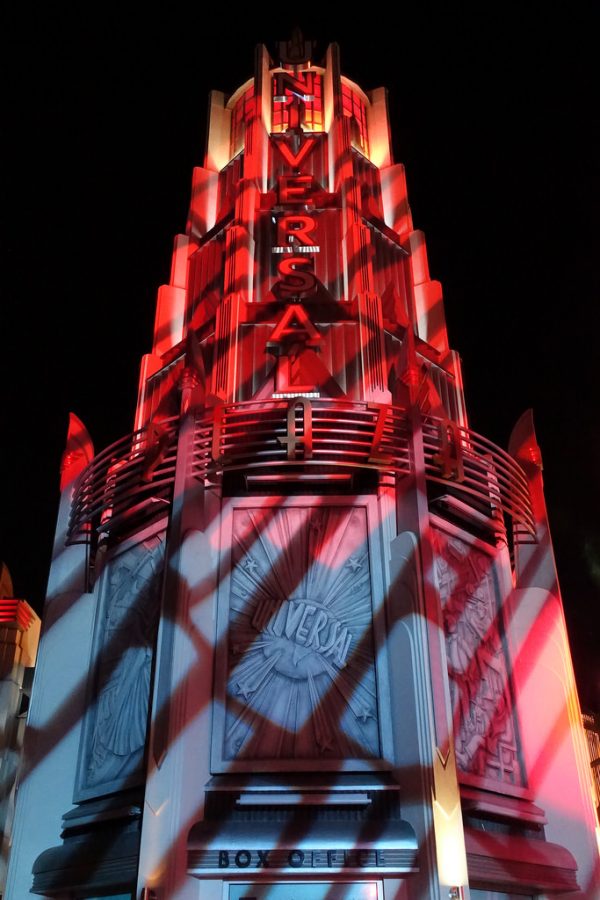 I arrived at Universal Studios and was greeted by the usual rock music and clouds of fog of  Universal’s Halloween Horror Nights.

While I expected the thematics,  I did not expect the massive crowds. The amount of people did not prevent me from having fun at the park, but it did slow down my enjoyment. Several mazes would stop unexpectedly in the middle of the maze due to the abundance of guests.

I felt each maze held its own charm and unique flair. The event consisted of seven walk-through mazes and a haunted tram ride. Even if it wasn’t as scary as last year, it was fun.

Here are the seven horrific mazes:

Universal Monsters: This featured all of  Universal’s classic monsters like Dracula, Frankenstein and the Wolfman. The maze also included references to other classic monster films Universal handled in the past, which were fun to spot. However, what I found to be the real achievement was that they found a way to make these classic monsters scary again. This maze was a 4.5/5.

Trick R Treat: My favorite maze of the night, was a really fun and scary maze. Its spectacular special effects, great actors and great environment had me jumping throughout the entire walk-through. If there was a maze you shouldn’t miss, it’s this one. Overall: 5/5

Stranger Things: I found Stranger Things to be an anomaly. Rather than scary, I found this maze to be more fun. The environment design and the special effects were amazing. Those who watch the show are sure to enjoy the subtle references throughout. The major let down of the maze was the lack of monsters. Overall: 2.8/5.

Poltergeist: I found this maze to be one that ranked somewhere in the middle. It was scary, the special effects amazing, the environments were great when work was put into them and the actors were great, but overall 4/5.

First Purge: Great design. Really fun. Amazing environment. This maze has introduced me to a new fear of mannequins. If you love the purge you’ll definitely love this maze. Overall: 4.5/5

Halloween 4 Michael Myers Returns: This maze was somewhat lackluster, especially compared to previous Halloween themed mazes. The fault lies primarily in the actors in this maze who seemed bored. However the environment was great as it recreates iconic Halloween scenes from the fourth movie. Overall: 3/5.

Blumhouse Chapter 2:  It had a great set design, and was fun. The maze lacked originality; drawing inspiration for most of the first two sections of the walk-through, after some of their recent movies (Truth Or Dare and Unfriended). While the third seems to be teasing a film they have not yet released. Overall an entertaining maze: 3.5/5

Terror Tram: I personally found this terror tram to be the biggest disappointment of the event. Which is ironic as it is usually my favorite part of Halloween Horror Nights. The tram ride recycles the same plot of the Halloween Harry clown from years ago. This is also the attraction that suffered the most from the large influx of people. The maze is broken up into three mini horror mazes, these sections felt very bare and boring with the one exception being a section dedicated to a “cannibal BBQ.” Overall: 2/5.

Although this years event may not have been as frightening as previous years, it was a fun experience. Overall, I would rate the event a 3.9/5.