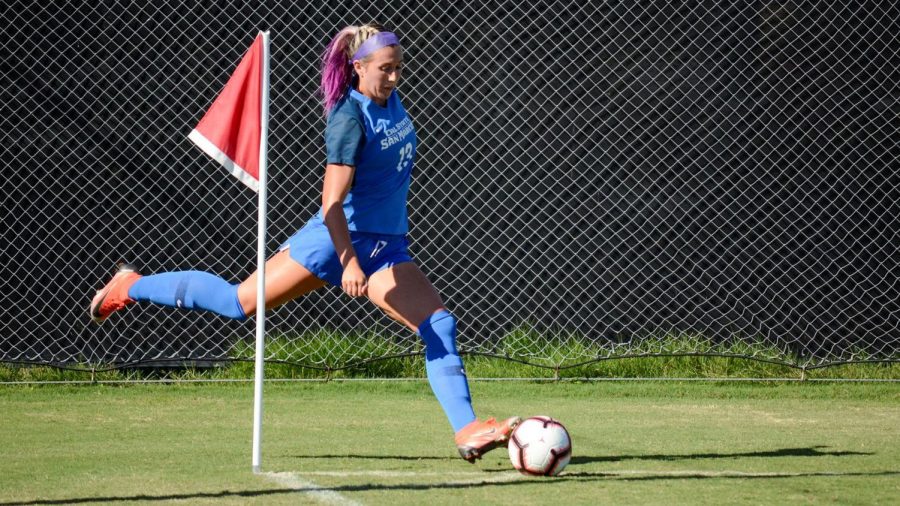 California State University San Marcos’ women’s soccer team played Simon Fraser University and tied 0-0. The game was held at CSUSM’s “The Cage” on Sat. Sept. 14 at 12:30pm. The game was a long and rigorous one,with the Cougars going into overtime, not once but twice against Simon Fraser.

Each overtime was 10 minutes, totaling for 20 minutes altogether., the Cougars managed to get through the drawn out game. The Cougars attempted two shots on goal during overtime and Simon Fraser none, however neither of their attempts reached net.

The Cougars held possession of the ball the majority of the game, however when Simon Fraser  took possession and attempted to score, the Cougars’ defense were quick to attack and eventually regained possession. The Cougars’ skills were demonstrated through how easily they were able to settle the ball from goal kicks and make quick touches to pass the ball to their teammates.

Overall, the game was intense as both teams fought for possession , however neither prevailed in scoring. The game finished with a tie and when asked to comment, the coach was unavailable. The Cougars’  would go on to lose their next match against No.1 UC San Diego 0-2 Thurs. Sept 19