To Judge or Not To Judge: Measuring CC Unit’s Actions 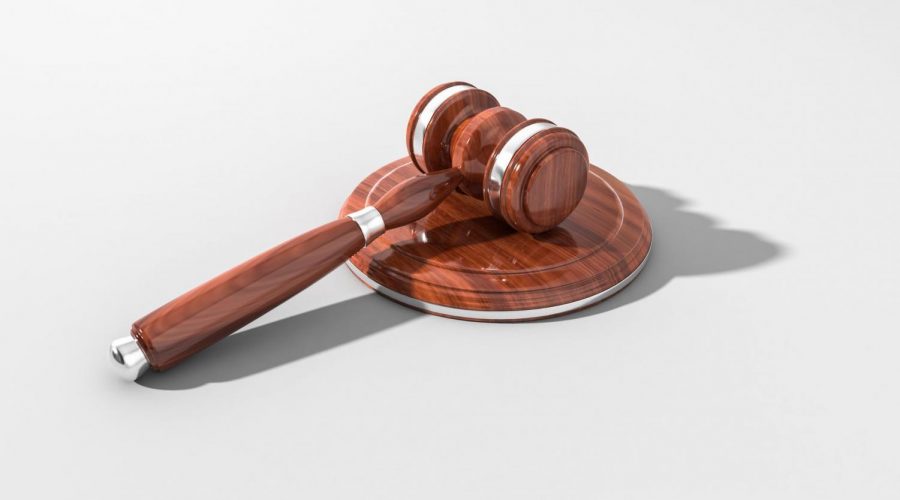 Do right. It’s the basic, fundamental rule that helps form the foundation of the fabric of societies. However, this seemingly-basic rule can lead to legally-gray waters in cases of vigilantism: the action of a member of the public taking justice and the work of law enforcement into his or her own hands.

The Cougar Chronicle recently published a news article highlighting the opening of an investigation into a CSUSM employee’s alleged misconduct with someone posing as a minor.

Importantly, the article in question also mentioned the contents of a video published by a vigilante group calling themselves Creep Catchers Unit (abbreviated as CC Unit) on the content-sharing website BitChute.

CC Unit was founded by an unnamed 21-year-old male calling himself “Ghost.” Ghost handles his own investigations and subsequent “busts” of those who he believes are illegally acting on their pedophilia. These busts involve him posing as a minor to lure alleged pedophiles into meeting with him in a public place, where he proceeds to “expose” them via  camera. His investigations, evidence (usually chat room messages and texts) and “busts” are then compiled into relatively-short videos which he posts on BitChute.

If the aforementioned university investigation finds the allegations to be true, then this leaves us and law enforcement with a sticky web of issues at hand: Was Ghost’s CC Unit right to take justice into its own hands without the blessing and guidance of law enforcement? When they met, was Ghost illegally recording the alleged suspect? Can Ghost’s action of arranging a meeting with the alleged suspect be considered entrapment (which, according to an article published on the business journalism website Quartz, is the act of tricking someone into committing a crime)? If the investigation advances into court proceedings, can the alleged suspect claim that they knew beforehand that they were actually meeting with an adult who was only role-playing as a child?

These are difficult and multi-layered questions to answer.

Vigilantism is an understandably-enticing idea: Doing what law enforcement cannot or has not done (out of either choosing to classify the matter as low-priority or an honest lack of knowledge on the matter) makes people feel powerful, as if they have their own superpower. Helping the thin blue line that is law enforcement sounds noble. Especially if no one seems to be doing anything about, or else has any knowledge on, the allegedly-illegal actions of an individual. The injustice of such individuals getting away with and continuing their alleged actions can be too much for some to stomach. With all the negativity, polarizing discussions and hope-sucking topics floating around the world and the internet in particular, it’s no wonder the idea of being a Batman, the caped crusader who graces comic books and TV shows and movies alike, and bringing their own brand of justice against criminals, especially pedophiles, is so attractive to a member of the public.

But like Batman, engaging in vigilantism carries its own share of dangers. Similar to the questions posed above, what vigilantes do risks providing a legal out for the alleged suspect. If a court rules that seemingly-strong evidence was illegally obtained, then bye-bye conviction. For example, if the alleged suspect’s attorney successfully proves that their client supposedly knew in advance of the meeting that the child was an adult who was only role-playing, then that video evidence is up in smoke.

Perhaps the alleged suspect, after the bust, will either commit suicide or else attempt to destroy and tamper with evidence they have in their possession. Leave the country, maybe? Go into hiding?  Change his or her identity or appearance?

Worse yet, according to Section 632 of California State Penal Code, Ghost’s recording of the alleged suspect without their knowledge could be considered illegal. Assuming that the alleged suspect’s attorney can demonstrate that the meeting between Ghost and their client was confidential and that the setting where they met wasn’t a location where they could reasonably expect to be overheard or recorded at. What I cannot conclude for certain was if the conditions set forth in subsection d of section 632 of CA penal code were met pertaining to if the evidence obtained in the fashion that Ghost recorded it is indeed admissible (I.e. allowed as evidence in the case).

I’ve chosen only some of the possibilities, but I hope you get the point: As good as it seems, I believe that taking vigilantism beyond just alerting law enforcement to get them probable cause or other rights via a court order to begin their own investigation can be more problematic than it is helpful. This is not to slight the work of Ghost in any way, shape or form. Rather, it is my hope that, if the alleged suspect did indeed intend to commit misconduct with a minor, the alleged suspect’s conviction come about as swiftly and easily as possible with the help of Ghost’s actions and evidence. I truly hope that Ghost completed his gathering of evidence and his bust of the alleged suspect as legally as possible to avoid the complications and heartbreak of evidence being ruled as inadmissible (i.e. not allowed as evidence in the case).

I hope reading this shed some light on the issues at hand for both those who are familiar with the subject matter of the article we recently ran and those who are only hearing about it now. I encourage you to look up the videos yourself. Research the law. Form your own conclusions. Don’t take my word for it.

Above all, despite how gross the allegation is if true, remember to try to reserve your judgment on the suspect for until due process is served. Due process under the law is what, by principle, separates our law-dependent society apart from those where street law is king, where the only rule is an eye for an eye, and where tit for tat is commonplace.

I have not felt the pain of a parent lamenting what they could have done to prevent their son or daughter from becoming the victim of a pedophile. I cannot pretend to understand the frustration and the thirst for vengeance such a parent must feel. I cannot fairly sit here and preach from atop a high chair of supposed morality that a parent who suffers such things should not seek to exact revenge merely because I think doing so is “against the law.” Shoot, the law that should have protected this hypothetical child should have itself prevented the communication that led to this hypothetical suffering.

But despite all of this, unfortunately, we must still hold some sort of opinion here. One student I spoke with said, “I personally feel like he (the suspect) should be fired at a professional workplace environment. I believe due process is the law in a government proceeding but to be accused while working at the GEC, it’s not excusable. I believe ghost was a vigilante that served justice long before any authority figures would have found out and I believe Ghost is doing the right thing when the school tries to cover up these kind of incidences.”

Another had a similar opinion, adding, “If he (Ghost) wants to risk himself in any way doing what he does while under the guise as a child then more power to him. I’m not aware of any laws in CA that make his actions illegal.”

So in the spirit of compromise, I implore you: Try to be fair in your judgments, Cougars, at least until due process is served. I know it can’t be easy if you’ve suffered abuse, nor if you try your hardest to imagine the feelings you’d feel if you were in the shoes of a pedophile victim’s parents or family members.

But still, try. That’s all we can do for now.