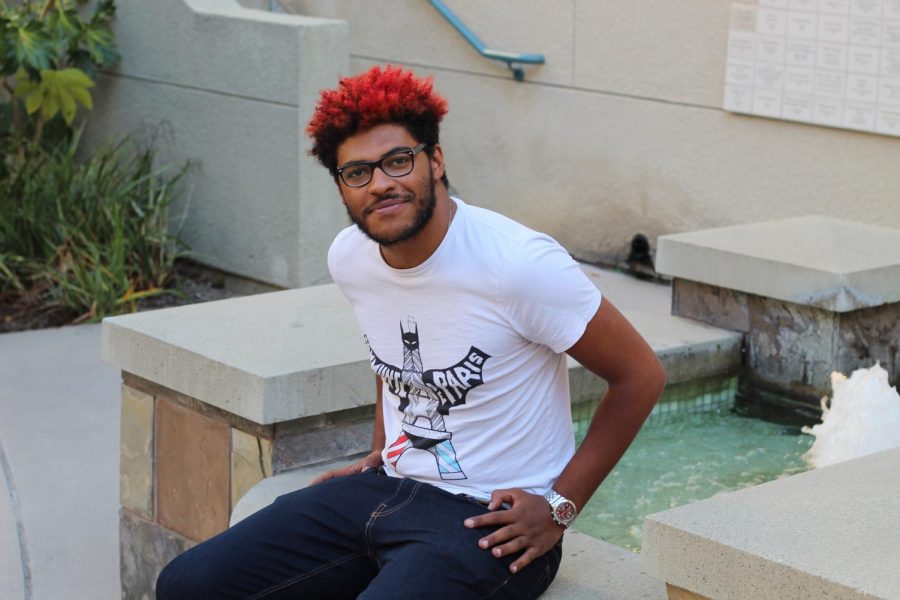 Graduate student Bryan Guilliod appreciated the experiences that being abroad has given him.

When recalling his flight from Paris to Southern California, graduate student Bryan Guilliod remembers feeling nervous about studying abroad in the United States for the very first time.

He and three other friends were worried about finding housing before the fall semester started. “I was thinking about what will happen once we land? … we still needed to do so much stuff in order to be really settled.” Fortunately a mutual friend helped them to find housing just in time for the fall semester.

For Guilliod, the rough side of traveling was worth it. “America is a country that I have always wanted to explore. Not to live there, but to at least experience for some time.” He remembers upon first arriving the surprise he felt at seeing the Californian highways, “The first thing that really shocked me was the highway. There were seven or eight lanes. The biggest highway in France is four. That was really impressive.”

Guilliod shared that he hails from a district of Paris. He explained, “Paris is actually cut in twenty pieces. And each piece has a number, and mine is the 19th.”

Guilliod is currently a graduate student of Epitech, a school within his home city of Paris that specializes in technology.

Besides weather, Guilliod also mentioned that he is enjoying local eateries as well, “Yeah. The Outback Steakhouse … it reminds me of barbecues that I used to do with my uncle when I was young.”

Although this year is his first experience studying abroad in the United States, Guillod shared that American culture is not new to him. “I’m actually quite a TV show enthusiast, a lot of the TV shows I watch are American TV shows. The first show I watched from A to Z is ‘Friends.’ My father introduced me to ‘Friends’ when I was little … From then on, I have watched so many sitcoms.” When asked if Ross and Rachel should have ended up together Guilliod laughed and said, “I’m gonna go with yes.”

Guilliod credits his pursuit of learning computer science to his father. “My dad teaches IT software in companies … So I’ve been around IT my whole life.” Besides his pursuit of a master’s degree in computer science, Guilliod stated that another purpose of studying abroad is to further his knowledge of the English language, a subject he has learned since he was ten years old.

Guilliod also stated that despite his experience with the English language and American culture, he still runs into some difficulties when studying abroad, such as the chance of meeting new people. Guilliod believes that this difficulty between locals and foreigners may be due to lack of social confidence be- tween both parties. “It might be intimidating for a local to speak to a French guy, but it is also intimidating for a French guy to speak to a lo- cal.”

Guilliod stated that taking initiative in talking to people will help. Guilliod shared of the time he asked fellow students help with an assignment, and in turn he received both academic help as well as the chance to get to know new people. Despite these difficulties Guilliod further shared that his experience away from his family and home in France has placed him on a path of becoming more independent.

When asked what his efforts of pursuing computer science and studying abroad will culminate into, Guilliod answered, “If I could do one thing, I want to leave a positive mark. I don’t know how, but my dream is when I’m gone there will still be something positive by my work. Like discovering something that can help people, new fuel or a new way to run cars. Anything.”