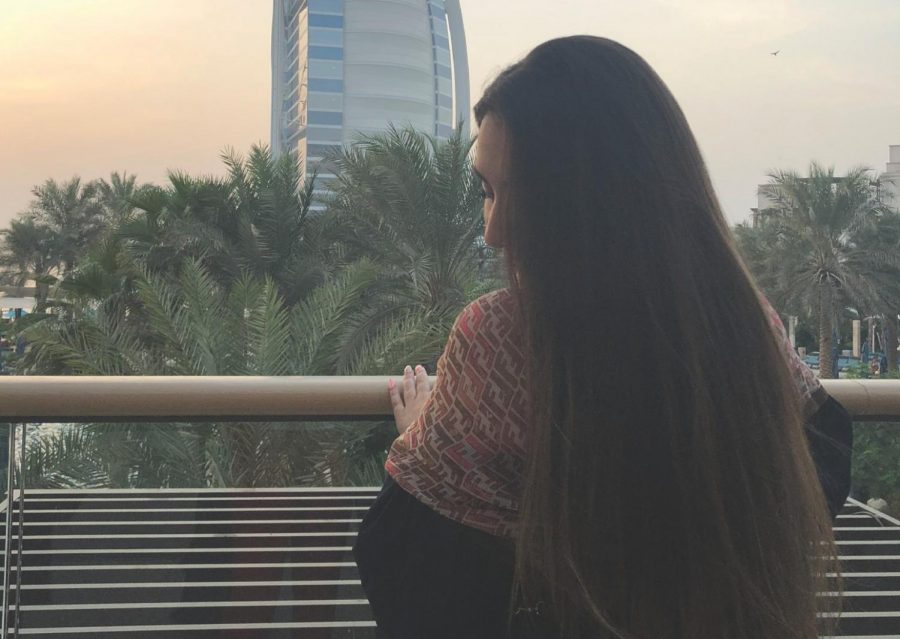 Altaf Saﬁ is ﬁnding a home here at CSUSM and is appreciative for the chance to explore more opportunities in California.

For Altaf Safi , the trip from Dubai to southern California was an international journey filled with layovers at Istanbul, London and a final stop at Los Angeles.

Safi was born and raised in Dubai and while she considers it home, her family originated from Afghanistan.

She shared that many people think of Dubai as a bustling metropolis within the United Arab Emirates but to Safi , it is simply home. “Everyone must have an image of it as a luxurious city. It has tall buildings…and beach es and all the good cars. It’s true…but not everyone has a Lamborghini or drives a Bugatti.”

Safi said that her childhood actually holds many similarities to American youth and that American culture is not uncommon in Dubai, “The cartoons, the shows and everything you guys would watch over here was the same as what I would watch when I was younger.”

She recalls watching Cartoon Network as a young girl and remembers loving the Powerpuff Girls. “It used to empower me so much. Whenever I would see the girls defeat Mojo Jojo or a male villain. I would feel as powerful as a girl.” This empowerment is something Safi still carries as a young adult as she completes her studies in America.

Currently, Safi is a prebusiness major who plans to specialize in finance. By entering this specialization, she hopes to help out her family, “My parents…they provide for me and want me to get educated and make something for myself. They didn’t tell me to become a doctor, a lawyer, an engineer and stuff like that…but I applied for business since my dad is a businessman. I might have the chance to join him in business or work with him in the future.”

For Safi , studying abroad and coming to California became a clear choice for her during her last year of high school,“It was a few months left until graduation. It was around that time my parents told me that I need to go to colleges and universities in California.”

It was thanks to the support of her parents and the academic experiences of her older brother that further encouraged her to study in California.

“Many years ago my brother came here to study as an undergraduate. We hold property in Temecula. While he came here he bought a house and I searched for universities closest to Temecula,” said Safi . Among her searches, she found CSUSM and has been studying at this campus for the past three semesters. Her arrival at southern California was filled with surprises, “What happened was I always had this image of America or Los Angeles as a place full of tall, long buildings. And it’s true but it’s only downtown. It’s not the entire city…but I really love San Diego. It’s like dreams and nature and feels like home. I love San Diego and San Marcos. I feel like a part of it.”

However, Safi shared that being abroad has its fair share of challenges. “It was really tough at fi rst…when I came here I didn’t know anyone. It was just me and my family… I felt homesick for a while,” she said.

Despite this difficulty, she adapted, “I changed in terms of mindset. I became more open-minded, more outgoing.”

Safi explained that she learned to take the first step when it comes to meeting new people and trying new experiences. “I made friends eventually as I continued my studies here at CSUSM…”

During her course of study, Safi learned more than just the basics of business. She also learned more about herself as well, “I learned to become independent… and I even learned how to gain confidence in myself.”

Safi ’s goal is to return back home to Dubai after finishing her studies in California but noted that living and study ng abroad is worth the time and effort.

It is an opportunity that she believes a student should take and cherish when given the choice, “It’s an experience. It’s a very good experience.”