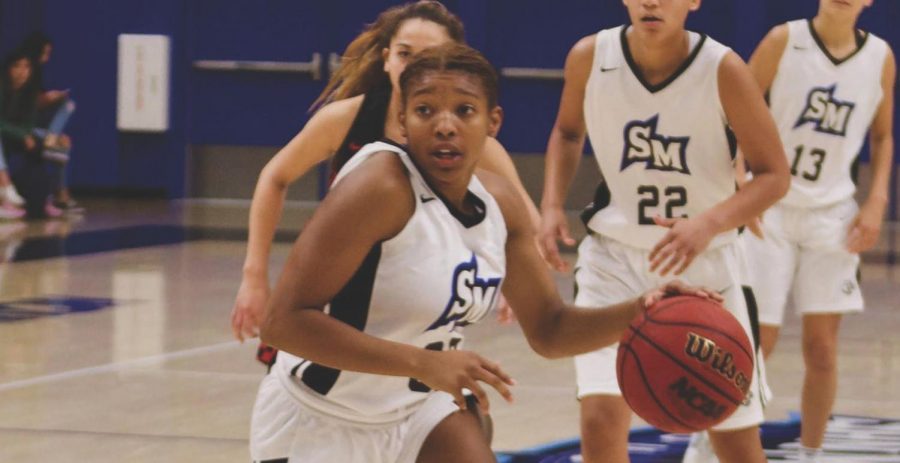 The Cougars women’s basketball team won their 20th game of the season on Feb. 15, over the Cal State Dominguez Hills Toros. This was the first time in school history that the Cougars earned 20 victories in a season.

To start off the action, the Cougars took a 7-6 lead off a Kelsey Forrester layup early in the first quarter. After a back-and-forth between both teams, which included five lead changes, CSUSM took the lead 14-12 after a For- rester three-pointer to end the first quarter.

The Cougars kept the momentum going on a 7-0 run to start the second quarter to add to their 19-12 lead. The Cougars took the lead 31-27 going into the half.

In the third quarter, the Cougars stopped a Toro’s comeback with a 9-2 run, after the Toros came within two points of tying the game early on. After a Jon’Nae Vermillion (CSUSM) score at 4:14 of the third quarter, the Cougars went up 45-34 never allowing the Toros within single digits for the rest of the game. San Marcos kept the lead until the buzzer with the final score of 74-55.

CSUSM led for 32:19 of the game while the Toros were on top for only 6:48 all in the first quarter. The Toros played with only six players while CSUSM got 19 points from its bench.

The Cougars have now won the last three meetings against the Toros and are 3-3 when playing on their home court.