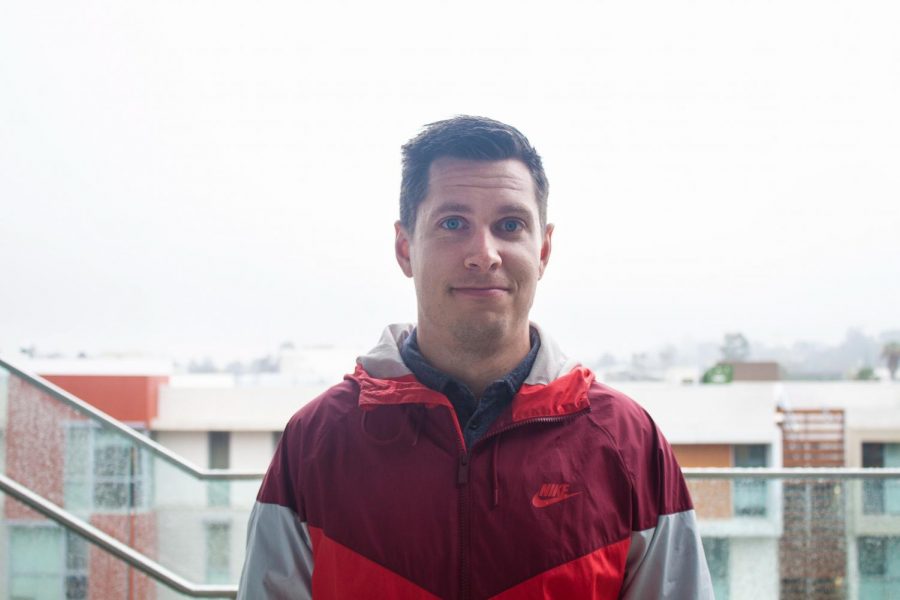 Magne Wallacher explains what the public students here are doing to further research COVID-19 and ways to fix it.

Magne Wallacher, a graduate student of the CSUSM’s Master’s in Public Health, shared his opinions on how COVID-19 is currently affecting our communities. He believes that the practice of social distancing is necessary, “ …it is important to try and stop the spread because the vulnerable population is at risk for this, it’s something new. It seems like it’s at a point now where it’s going to be very tough now to try and stop it. It’s just going to blow its course.”

The fears that the gen- eral public holds towards this virus is something that Wallacher finds understandable but noted that perhaps this fear is becoming un- controllable, “It blows up a little bit, so people are panicking. Especially if you’re looking at the toilet paper getting bought up and hand sanitizer…That’s just crazy. There’s no reason for that at all.”

Wallacher shared that al- though COVID-19 is new and threatening, it is not the only sickness that needs awareness from the public.

“With this thing going on… if they had a flu vaccine for corona or COVID-19, everybody would be rushing to get it right now. But they’re not doing that with the flu, and the flu is almost the same… This is novel and we never had this strain before so everyone is freaking out, but the flu kills a bunch of people every year. And we have a vaccine but people just go ‘Eh, it’s just the flu.’”

Currently, Wallacher and fellow graduate students are hoping to research as to why certain demographics are not choosing to get general flu vaccines. This capstone is still pending as they wait for approval by the Institutional Review Board. “If you do any type of research that requires primary data, which basically means that you’re collecting the data… you need approval from the school,” he said.

Wallacher and his colleagues are hoping to specifically survey CSUSM Students, “…We’re doing a capstone on flu vaccine utilization, looking at some of the factors why college students don’t get them. What’s the reasoning why a percentage of students are getting their flu shots?… Why aren’t more of the [CSUSM] students getting it?… That’s what we’re looking at and it’s pretty relevant right now.”

Wallacher also shared his thoughts about how the country is currently handling the COVID-19 outbreak, “With the closing of the border, no flights from Europe and the suspended NBA. I’m sure that is what they need to do because they wouldn’t do this if they didn’t feel like it was absolutely necessary…but people just need to calm down a little bit.” His insight comes from both as a public health student as well as being a native from Bergen, Norway.

Wallacher shared “Bergen is a special town for sure. It’s the most beautiful town I’ve ever been in. I’m lucky to have grown up there. We’re famous for the rain. We get a lot of rain, that makes everything very lush.” Wallacher further shared that he was drawn to pursue higher education overseas when he realized his job as a warehouse distributor for one of Norway’s grocery chains wasn’t something he could see himself doing long term. “I had a pretty decent job and actually owned my own apartment in Norway but…it wasn’t something I thought I could do the rest of my life… So I knew I wanted to go out and do something. I’ve always been intrigued by San Diego.”

Wallacher credits this interest due to his familiarity with American punk rock during his skater days as a youth, “Growing up I was a huge fan of Blink-182. I would watch all their DVDs, music videos, and all that stuff. And because they were from Poway they would always talk about San Diego and how much they loved San Diego.”

He then applied to study abroad in San Diego and was accepted at CSUSM where he completed his Bachelor’s degree in Kinesiology, but was further inspired to pursue public health, “I took a class, and the professor really got me into epidemiology and public health and… he’s still my mentor now… Thomas Pillsworth.”

It’s been five years since Wallacher came to the states to pursue his academics, but he’s also made a home for himself in San Diego where he met his wife. “I met her here basically at the UVA and she was a fellow student.” Wallacher recalled with laughter, “We’re actually starting to look at buying a house, and we have two dogs.”

Despite the uncertainty that the country is facing currently with a pandemic Wallacher shared that he still has goals for himself and his family, “I want to work in disease surveillance and management, looking at trends in America and around the world…Right now we have this big one go- ing on, and that’s something that I want to try and figure out why it is spreading and… how can we make sure this doesn’t happen again.”