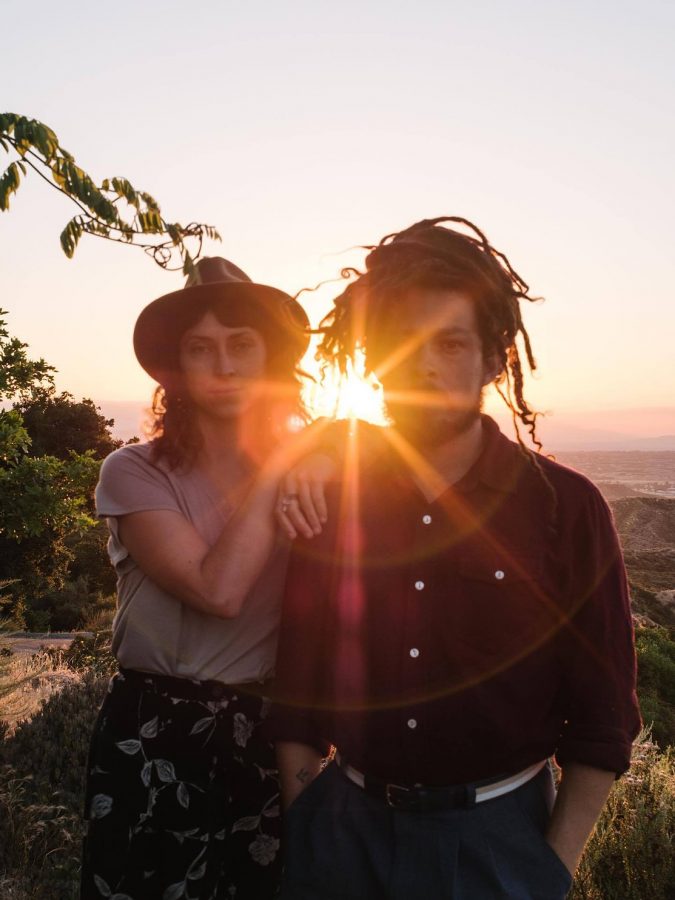 Musical duo Nathan & Jessie create a unique listening experience with trilingual lyrics and a blend of blues, folk and jazz.

The duo is based in Temecula, CA and is accompanied by bassist Trevor Mulvey and drummer Blake Armstrong.

Smith, a CSUSM alumni, often makes time to perform for music courses when not touring.

The duo embarked on their career beginning in 2014, with their first album release being If I Could I Would in 2015. Nathan & Jessie’s music creates an eccentric, fun and free-spirited listening experience for their audience.

Nathan & Jessie embrace their individuality through their music.

One of their most popular albums, That’ll Never Be Me, stands at an average of 3,000 listens on Spotify. Released in 2018, the album encompasses Nathan & Jessie’s distinctive upbeat music. The album beautifully blends jazz, folk and blues together, while displaying their talent for singing in French, Spanish and English.

The two also recently introduced their newest album Rarities and Oddities on Sept. 4. The album features six unreleased songs, including “Everyday’s a Blessing.” The album, appropriately released in the world’s current state, focuses on a theme of gratitude and celebration for the small wins in life.

Given that Nathan & Jessie perform solely with instruments without the help of technology, each performance is unique, yet just as upbeat. Nathan & Jessie’s one-of-a-kind music focuses on radiating positive energy to its audience. Their energetic and engaging performances are unlike any other, allowing their audience to feel bonded through a love for music.

However, with live performances at a halt, the two often engage on social media by releasing behind-the-scenes fun. From skating to the music-making process, the two ensure to stay engaged with their audience, just as they would in person.

For future updates, please visit their website and follow them on social media. Nathan & Jessie’s music can be found on Bandcamp as well as Spotify.