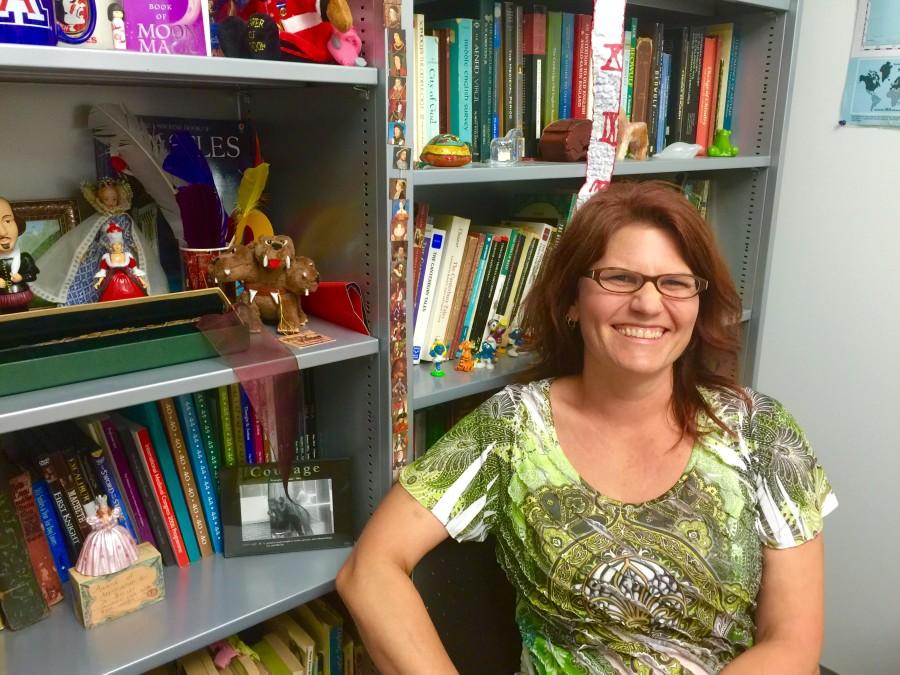 Five literature & writing (LTWR) faculty members read from their past or current literary projects on Feb. 11 in a Zoom event hosted by the LTWR department. There were about 127 attendees, including students and family members of the faculty.

Courtney Utsler, the LTWR administrative coordinator, shared brief introductions of each professor before they shared their work.

Sandra Doller was the first professor to share two poems, one of which was written during the COVID-19 pandemic. Doller is an associate professor teaching creative writing, literary translation, and film studies courses.

One of her poems, “I thought a tree dying,” spoke about life and motherhood. Doller also read her work “Not Now, Now,” which also is an ode to motherhood and the unwavering change of life. The poem focuses on her transitional realization from being a baby to now having a baby of her own.

“Whose pets are we? If the lifespan of a tree is significantly longer than ours, does that make us its pet? I am the mother now and have to come up with answers like the way one letter from the word ‘now’ to ‘not’ changes everything: your breakfast is now ready, your breakfast is not ready,” read Doller.

Francesco Levato then read from his recent work Arsenal/Sin Documentos, which centers on immigration policies in America. He called them ‘erasure poems.’

Andrew Stewart read the first chapter from We Shall Sing a Song into the Deep, his upcoming book that will be released next month. He described his book as a dark science fiction apocalyptic book. The first chapter he read was descriptive and engaging and had memorable quotes. He specializes in teaching technical writing, creative writing and cinema courses.

Martha Stoddard-Holmes shared an emotional graphic narrative of her experience with ovarian cancer. Before she began reading, she thanked another faculty member, Heidi Breuer, who is her drawing partner. She shared drawings that had stories written on them.

Mark Wallace is an author of more than fifteen books and his selections of a multi-part long poem The End of America have been published in several chapbooks. He has been writing it since 2005. He teachers courses on contemporary literature, fiction, and creative writing.

He shared with the audience two pieces of his work. One of his poems was titled “Pandemic Blues” where he expressed how people don’t wear masks, how people used to see each other but not anymore due to the pandemic blues. The other poem dealt with a personal experience of a hypocritical minister and how people only listen to controversial figures.

Heidi Breuer was the last faculty member to read. She read two pieces, each accompanied by drawings.

First she read “I kind of hate my mother,” a piece which expressed the abuse a mother can have on her child and the backlash that a person can get when sharing about the abuse with others.

Her second piece, “Doritos,” detailed a more lighthearted experience with her mother, as her family would have ground turkey and Doritos for dinner. She shared a picture of her family at the end of her piece, and some of her family members were able to come to the Zoom meeting to support her.

At the end of the virtual event, faculty answered student questions and then thanked everyone for attending virtually.

Magali Castillo is a recent transfer student to CSUSM majoring in Literature and Writing Studies with a minor in Global Studies. She was born and raised in Los Angeles. This is her first year as a staff writer for The Cougar Chronicle. She is also a content writer for Tasteless.Studio that is based in Los Angeles. She likes to write about current events, racial injustice, mental health, and anything that is taking place in the world.

Angelica Cervantes is a recent transfer to CSUSM and is now a staff writer for The Cougar Chronicle. She enjoys writing her own stories as well as watching various types of films. She aspires to become a screenwriter and to have an influence in cinema.