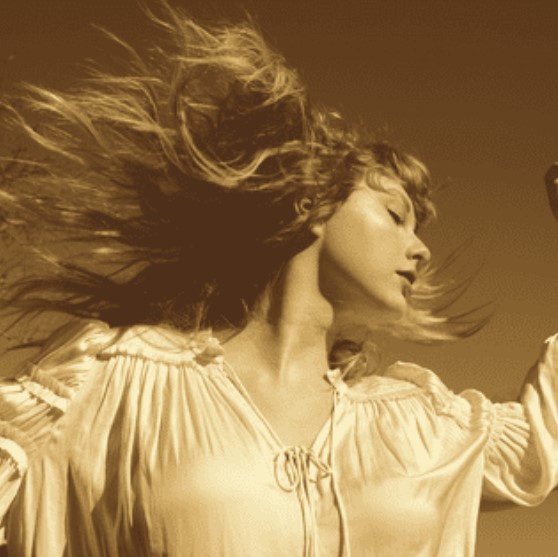 Photo from Wikipedia, property of Republic Records or the photographer

Taylor Swift brings a fresh take on her album Fearless 13 years after the original’s release.

Taylor Swift has come a long way since her early days as a fresh-faced girl with a guitar who brought the female teenage experience to life, writing and singing songs about love, loss and growing up. But whether she’s selling out stadiums or creating intimate, stripped-down music in quarantine, Swift has always held onto her focus on masterfully crafted, honest songwriting.

With her latest album, a re-recorded and expanded version of her 2008 album Fearless that won her a Grammy for Album of the Year and established her as a global superstar, Swift has managed to capture the nostalgia and authenticity of the original while also making it feel fresh and full of life.

Fearless (Taylor’s Version) is the first step in Swift’s ambitious project to re-record her first six albums. Swift is embarking on the unprecedented project to regain control of her music; when she wasn’t allowed to buy back the master recordings of her first six albums from her previous label Big Machine Records, she announced her intent to re-record all six albums so that she can own her entire discography.

No one has ever attempted such a move, and how the project goes for Swift could very well shape how record labels and artists negotiate masters ownership in the future. So far, the album is smashing: it earned the biggest streaming debut on Spotify for an album by a female artist in 2021, it broke the record for the highest Spotify debut for a country album and it is predicted to easily debut at #1 on the Billboard 200.

The album is resonating with many, even though we heard most of the songs 13 years ago. (The 26-song album includes all 19 tracks from the original Fearless, the song “Today Was A Fairytale” from the 2010 film Valentine’s Day and six never-before-heard tracks written over a decade ago that were not included on the original album.)

On to the music itself, the most obvious change is Swift’s voice, which has vastly improved since she was a teenager. Her voice, which sometimes got shaky on certain notes when she was younger, now maneuvers through both high and low notes with ease and strength. The improvement is most noticeable on upbeat, powerful bangers like “Forever & Always” and “The Way I Loved You.”

Swift and her collaborators also made subtle changes to the instrumentation and production. There is a nice balance between Swift’s voice and the production, making the album feel up-to-date and well put-together.

Despite these changes, the songs that many have come to know and love sound much more similar than not, which is good news for fans who have an emotional connection to Fearless’ songs. Swift also recruited many of the musicians who played on the 2008 recordings and who toured with her over the years to play on this album, which no doubt helped the songs remain true to the original.

Even though Swift, 31, is now distanced from the teenage experiences that inspired the songs, she has managed to keep the emotional heart of the songs intact. Some songs even have a heightened impact now, coming from an adult Swift looking back at her past.

In “Fifteen,” a song about her freshman year of high school, lines like “Wish you could go back / And tell yourself what you know now” and “I didn’t know who I was supposed to be / At fifteen” hit us hard, knowing the whirlwind journey Swift has been on and all the amazing things she has accomplished.

Another song that stands out even more in this version of Fearless is “Best Day,” a song about Swift’s childhood and the special bond she shares with her mother. The song was always tender and emotional, but knowing that Swift’s mother has suffered from cancer makes us even more touched by getting to experience such a sweet mother-daughter relationship.

The never-before-heard tracks, which Swift has dubbed “vault songs,” are solid additions to her discography, especially the heartfelt ballad “You All Over Me” and the total bop “Mr. Perfectly Fine.” The vault tracks also gave Swift a chance to sing with country stars Keith Urban and Maren Morris, and to co-produce with her more recent collaborators Jack Antonoff and Aaron Dessner.

Most of the vault tracks sound like they would have fit on the original Fearless, although “Mr. Perfectly Fine” and “Don’t You” have a more pop feel, and “You All Over Me” has traces of alternative rock.

All told, Fearless (Taylor’s Version) accomplishes what seemed impossible: it remains true to the Album of the Year-winning 2008 original while also updating and improving it. Only Taylor Swift could make a nearly note-by-note re-recording of an album released 13 years ago feel innovative yet timeless.

Anneliese Esparza is a senior literature and writing studies major serving as The Cougar Chronicle’s Editor-in-Chief. She also freelances for local publications.  After graduation, she hopes to become a reporter (and eventually an editor) for a mid-size local newspaper. In her free time, Anneliese enjoys playing piano, reading, spending time with her family and hanging out with her three cats. Twitter handle: @a__esparza