The Cougar Chronicle • May 3, 2021 • https://csusmchronicle.com/21944/opinion/vaccine-passport-could-have-benefits-but-we-need-to-consider-the-ethics-of-it/

Vaccine passport could have benefits, but we need to consider the ethics of it 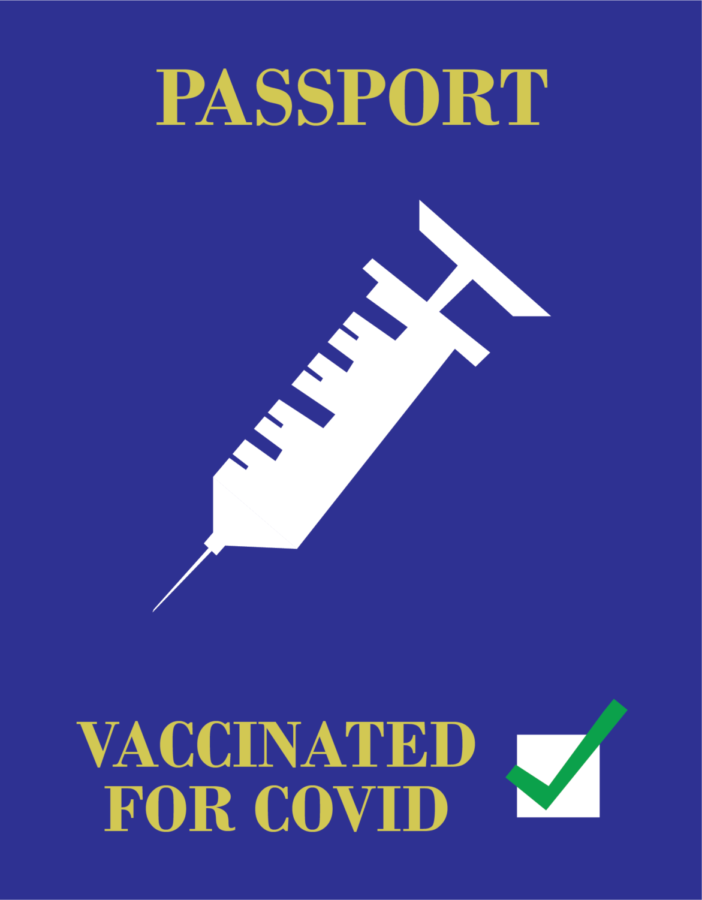 An immunity passport can be beneficial in keeping people safe and encourage them to get vaccinated, but we should consider the ethical concerns first.

Vaccine passports have been a hot discussion online as of late. There are many controversies surrounding the topic, as many seem to be having ethical and social concerns about the idea of having vaccine passports.

As vaccines are rolling out and becoming more accessible to people, there has been talk about making an immunity passport. Some airlines and companies have begun placing these rules into effect, and states like Alabama and Indiana have already begun the process of banning, or have already banned, the usage of a vaccine passport.

An immunity passport would not only function as a requirement for travel, but also as a verification for smaller establishments and businesses themselves.  Bars, shops and restaurants would all be able to use the immunity passport as a way for conducting business, only allowing those who are immunized to be customers or consumers.

A few technology companies are already working to develop a digital immunity passport, believing they will be a general requirement in our near future. Some companies are also making it a requirement for all employees to be vaccinated against COVID-19.

While I personally feel as though the immunity passport could be very beneficial, there are definitely some ethical questions that come into play.

In rare cases, some have reported having allergic reactions to the COVID vaccine, leading to that small population of people being completely unable to get the full vaccination, if any at all. In addition to those who are allergic, there are cases where it may not be possible or safe for one to get vaccinated. In these cases, exceptions would be necessary for the immunity passport to be  more ethical.

Even though the immunity passport would allow the economy to open up at a more rapid pace, this could create an imbalance in society. This could not only create a divide between those who are vaccinated and those who aren’t, but also those in poverty, as many online believe that their access to the immunity passport would be more limited than those with wealth. Many are also concerned with the potential lack of accessibility.

Additionally, there are still many uncertainties surrounding the COVID vaccine and immunity, as scientists are still unsure if those vaccinated can transmit the virus. Furthermore, it is currently unknown how long the immunity from the vaccine will last.

Carolyn Cheng is a graphic design intern for The Cougar Chronicle.  She is currently a third year student at CSUSM and is majoring in arts and technology with a double minor in video/film production and film studies.  Post graduation, Carolyn hopes to pursue a career in film or video game editing.  In her free time, she enjoys watching Survivor, playing tabletop rpgs, and playing video games.