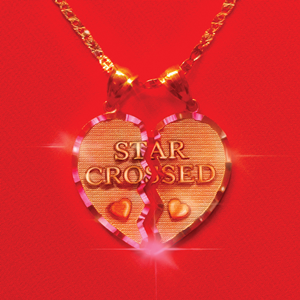 Photo from Wikipedia, property of MCA Nashville and Interscope Records

Kacey Musgraves crosses from solely country to country-pop in her newly released album Star-Crossed. Everyone has experienced a difficult love scene filled with heartbreak, the songs on this album reassures people that they’re not alone. The opening self-titled song begins with Musgraves’ vocals rising higher as the song progresses and ends with a guitar intro. When she begins to sing it feels almost like a storyteller setting the scene for the following story, one of hope and heartbreak. Star-Crossed can be found on all music streaming apps. Musgraves also released records in multiple color variations.

Diablo II: Resurrected was released on Sept. 23. Initially released in 2000, Diablo II is fully remastered. With updated graphics and unchanged gameplay, the remastered version is a great way to experience the original game. Choose from classes such as barbarian, druid, necromancer or sorceress and battle against powerful foes from the depths of hell. With five acts to play through and three different difficulties, this gothic horror hack-and-slash provides tons of hours of gameplay. Diablo II: Resurrected is available on Playstation 4 and 5, Xbox One and series X/S, Nintendo Switch and PC.

Hosted by journalist Rebecca Jarvis, this podcast offers insight into the downfall of a company that was thought to be the next Apple. Elizabeth Holmes dropped out of Stanford to pursue her startup company, Theranos, that would one day be valued at $9 billion. Performing hundreds of blood tests using only a single drop of blood obtained through a fingerstick test, ideal for those with a fear of needles and those who undergo blood tests often, the technology didn’t exist in the full capacity it was promised and tests were giving patients false results. New episodes are released every Tuesday on all major streaming platforms.

Coldplay teams up with Korean band BTS for “My Universe.” The single will be featured on the British band’s forthcoming album Music of The Spheres. “My Universe” also marks Coldplay’s first song sung in Korean. Inspired by true love and bringing people together through music, the track is a perfect blend of both groups’ musical styles with lovely harmonies and lyrics written by Chris Martin and BTS members. The track was accompanied by a celestial music video, resembling a Marvel film. “My Universe” is available to stream on all platforms.