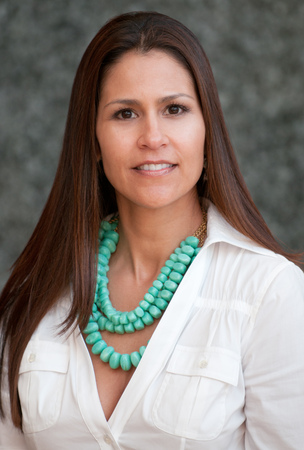 She had met a professor who encouraged her to seek a degree in political science, believing she could have more of an impact on the community as a professor instead of just being a lawyer, which had been her original career choice.

Professor Proudfit is a three-time tenured Cal State professor. She was originally tenured at San Francisco State where she chaired the American Indian Studies Department. She then went on to be the Director of the Master’s in Tribal Government Management and Leadership at Cal State San Bernardino. Dr. Proudfit knew she always wanted to be at Cal State San Marcos because it is the homeland to her people; she is a descendent from the Pechanga band of Luiseño Indians.

“This was always where I wanted to be when I graduated from my doctorate program. I’m glad to be able to teach students who are from my tribe and other neighboring tribes. I’m really excited to be a part of a campus that values all of its stakeholders, especially its tribal community partners,” Dr. Proudfit said.

“I love teaching; I love that you can really impact someone’s life. I believe that education is the path to self-determination and its something that no one can take away from you,” Dr. Proudfit said.

She loves when students are engaged and excited about being in the classroom. She also encourages all students to take a Native Studies class and not think that it is just for Indian students because, “it is for everybody. You’re an American. Our history is your history.”